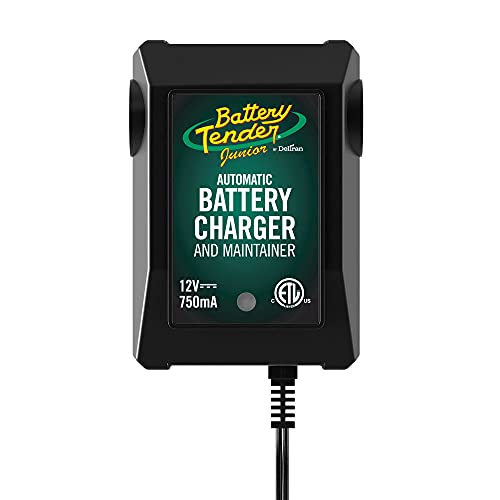 Batteries! batteries lighten up the entire city; battery helps you make that call to your friends and tell them you can’t go out with them. Batteries allow you to do that office work on time, so you dont get your boss’s wrath. But sometimes you’re in a hurry, and you forget to charge your phone and the whole day becomes the worst day of your life hence the batteries also control your mood.
Aren’t batteries have become an essential part of our lives? But the only trouble is that batteries can store a very limited amount of charge.

After that, our lives become dark. So scientists created rechargeable batteries to make our lives easy, ran out of charge? No worries, plug it in the charge, and in a couple of hours, your batteries are as good as new. Usually, rechargeable batteries can give you three to four hours of charge, or some can even give you years of charge that can save you hundreds of dollars spent on disposable batteries. The performance of the battery is dependent on the user and how it is charged. That’s why the charger is essential so let’s find out how a charger looks and works.

How Does a Battery Work?

The internal working of a battery is based on electrochemistry. The electricity is produced using chemicals inside the battery. So what really is going on in a battery? As soon as you press the power button, a chemical reaction is ignited inside the battery, and the current starts to flow. There are electrodes in a battery called cells, they are called anode and cathode, or you can call them positive and negative for your convenience.

In between the electrodes, there is some chemical solution called the electrolyte. As you turn the switch on, a chemical process starts. And the electrons (subatomic particle, this is what current is when they move in bulk) start to move towards the cathode. This makes the cathode negatively charged as it contains more negative subatomic particles (electrons), while the other electrode becomes positively charged as it has fewer negative subatomic particles and more positive particles (protons). When this battery is connected to a circuit, then electrons move through the circuit to the anode and then back to the cathode, but the chemical is not indefinite and starts to deplete. Once the chemical is consumed, the electrons stop moving; hence the current becomes zero, and the battery dies.

But if you’re using the rechargeable battery, you can reverse the chemical back to its original form by connecting it to the battery charger. What happens is the battery, instead of giving out energy, takes energy from the charger and restores the chemicals to their original state. On paper, you can recharge a battery any number of times. But, in reality, that is not the case as nothing is perfect in this world. In the same way, even a rechargeable battery degrades and stops restoring the battery chemical. After this, the only choice you have is to recycle it.

How Does a Battery Charger Charge?

Battery chargers work by providing constant electric current for some time so that the cells inside the battery can store energy passing through them. Nearly all battery chargers work this way, but newer technology works in a bit different way, e.g., wireless chargers, but we’re not going to talk about those.
The inexpensive or low-quality chargers work by providing a constant current or constant voltage to the batteries, and they don’t contain the auto turn-off feature. So, if you forget to turn off the charger manually, then you risk overcharging the batteries. If you take the charger out sooner, then you risk not charging enough. Better quality chargers charge faster. They have better protective measures like protection from overheating and can resist voltage fluctuations.
You can look at the charging of a battery like a suitcase the more stuff you will try to put in it, the harder it will be going to get to fit more stuff.

In the same way, the more you try to charge a battery, it will start to bottleneck and won’t charge anymore, and you can even damage the battery by charging more than its capacity. Remember that when you try to charge a battery, what you are doing is reversing the chemical reaction to its initial state. Let’s look at the charging process of a laptop battery. The laptop battery is made from lithium. When we charge the laptop battery, what happens is the lithium atoms missing electrons or lithium ions in a short shunt from one electrode to the other, generally from electrodes containing more electrons to electrodes containing fewer electrons. As the ions are positively charged, they easily reside on the empty electrode, but as more ions start to occupy the electrode, space gets tighter and becomes hard for the remaining ions to reside. At this stage, it is better to stop the charging process.

Overcharging can be more severe than undercharging and can be quite dangerous. When the battery charges fully, all the excess energy is compensated as heat energy, which can build pressure inside the battery; hence, the battery can rupture and leak all the harmful chemicals and gas and even explode if the battery won’t have enough room to expand.

The good quality chargers switch themselves off after a certain amount of time. But this does not mean that your battery won’t get damaged, as different batteries have different charging times. Some can be recharged quickly. Some will take millennia to charge well; they have their reasons for that. It depends on the factors like how much charge it already attained when plugged into the charger; how old is it? What is the health of the battery? And others. The newer, more advanced chargers use a microchips-based electronic circuit that can stay aware of how much charge is stored in the battery. They can figure out the changes in the potential difference of the battery (battery voltage) and the battery temperatures. When the battery is nearly charged, it sets itself in trickle mode or switches itself off. In other words, this type of charger prevents batteries from overcharging.

We know now that the battery charger is an important part of our lives. Without it, we will be lost. But we must keep in mind that it is a tricky and often dangerous tool. If you use or purchase a low-quality one, you risk damaging your battery and even causing a fire. So, it’s better to be safe than sorry. Don’t forget to check your battery’s health before charging; don’t overcharge or undercharge as both can damage your batteries as well as yourself and those around you. Charging times vary from one type of battery to another, so check the manual for more information.